As some of you may know, I cancelled my contract with my publisher for my self-published book Jack's Dreams Come To Life.  I've just finished another picture book manuscript, that's making the rounds in my critique group.  Once I get the comments back, I will rewrite it and send it out to publishers.
It's been awhile since I've written a short story, or anything creative for that matter.  But I'm happy to say that I finished a brand new short story titled, "Promises Kept" about my grandfather who passed away 13 years ago this May.  I'd like to send some of my stories out to literary magazines to see if I can get them published.
Since last February I've been in contact with Mark Vadik, a horror movie writer and director, and he's been helping rewrite and polish a horror script that I wrote titled, "The Driftwood Massacres."  I received an email from him a month ago suggesting I now seek an agent for representation in order to try and sell my script.  I know how to find a literary agent, but where the heck do I find a screenwriting agent?
Then there's the ever present, so-called monkey on my back - my YA novel.  I've been in a bit of a rut since February of this year about not finishing the manuscript in time to take it to the San Francisco's Writer's Conference that same month.  I've left it alone for a few weeks and have now gone back to it, and am in the process of writing chapter 5.  I would like to have a rough draft finished by late summer.  Good luck with that I suppose.
And, of course, to supplement my income, I still have my freelance writing.  So far this year I've been asked to write for three new magazines! Rue Morgue, Tropical Fish Hobbyist and Writer's Journal.  Needless to say my plate is full and I'm exhausted, confused and in a panic.  My New Year's resolution was to finish something, whether that be my YA novel, find an agent and get something published.  I know it's only March, but I'm starting to panic a little.  As much as I appreciate my dad giving me a job at his dental office, I really wish my income was coming from my writing.  But I guess all writers wish that.

Oh well, off to write! 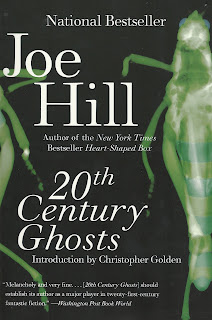